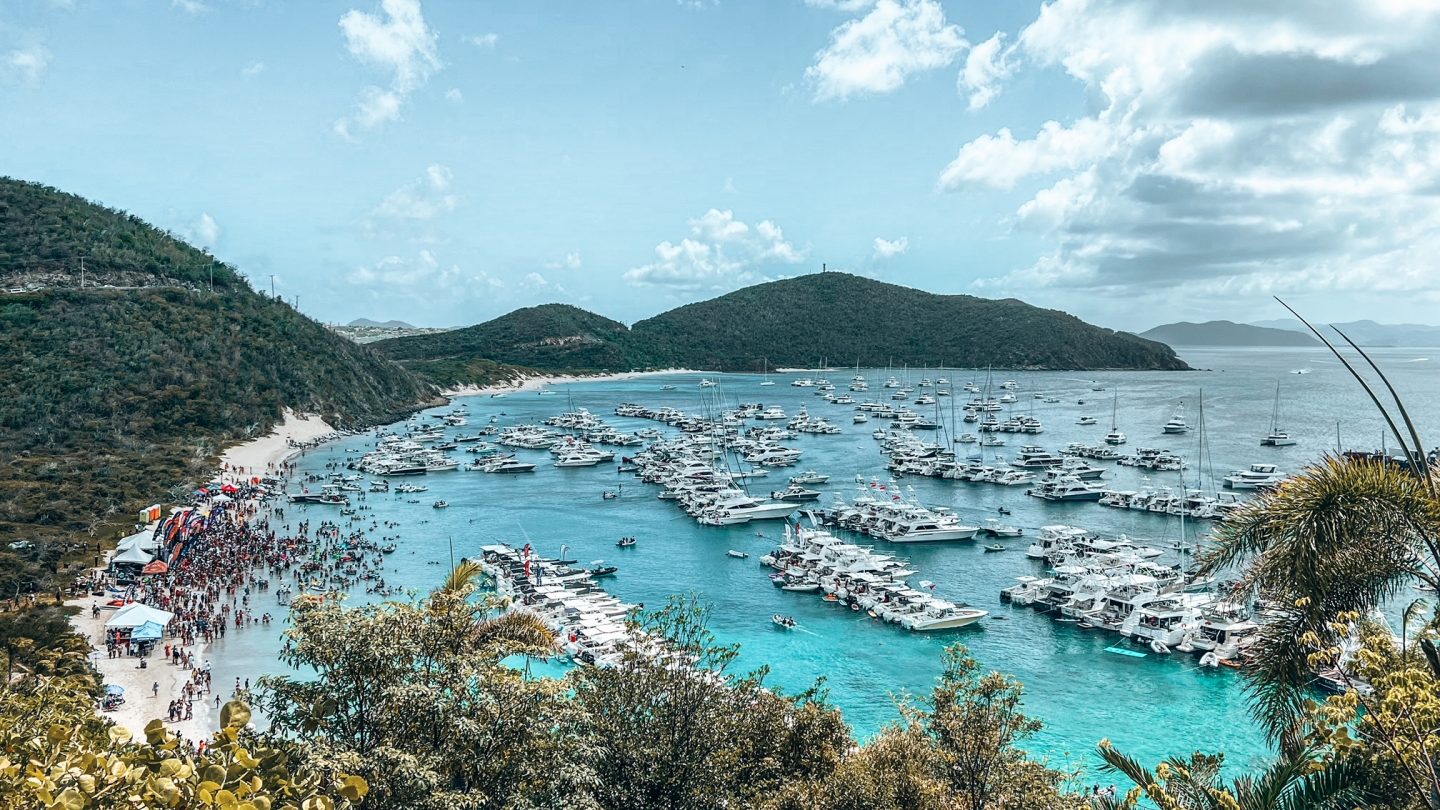 For years the British Virgin Islands and Puerto Rico have enjoyed a very special relationship – close neighbours that appreciate each other’s islands and culture – and enjoy spending time with one another.

Never was this more apparent than in the immediate aftermath of Hurricane Irma, when the ‘Puerto Rican Navy’ (the unofficial group of enthusiastic Puerto Rican boaters – rather than an actual military branch) mobilised rapidly and responded quickly to the needs of the British Virgin Islands with boats loaded to the gunwales with supplies.

For days they travelled back and forth from Puerto Rico – carrying relief supplies in and helping evacuate people out. Drinking water, food, tarps, medication, baby items, generators – the generosity was boundless. Shipping containers were filled and brought down to the Virgin Islands loaded with donations from the people of Puerto Rico.

When they were hit by Hurricane Maria just two weeks later – we were devastated not to be able to return the generous assistance – still paralysed by the hit from Irma.

Now – after a two-year hiatus, thanks to the global pandemic – the people of Virgin Gorda were thrilled to welcome back the beloved PR Navy for the annual ‘Xmas in July’ celebrations. Hosted by Wally Castro and Marcos Rivera – in collaboration with the BVI Tourist Board and Islas Virgenes Britanicas, the organisers put on another flawless event this past weekend. And Puerto Rican guests partied along with an excited crowd from the Virgin Islands at Pond Bay, Virgin Gorda. 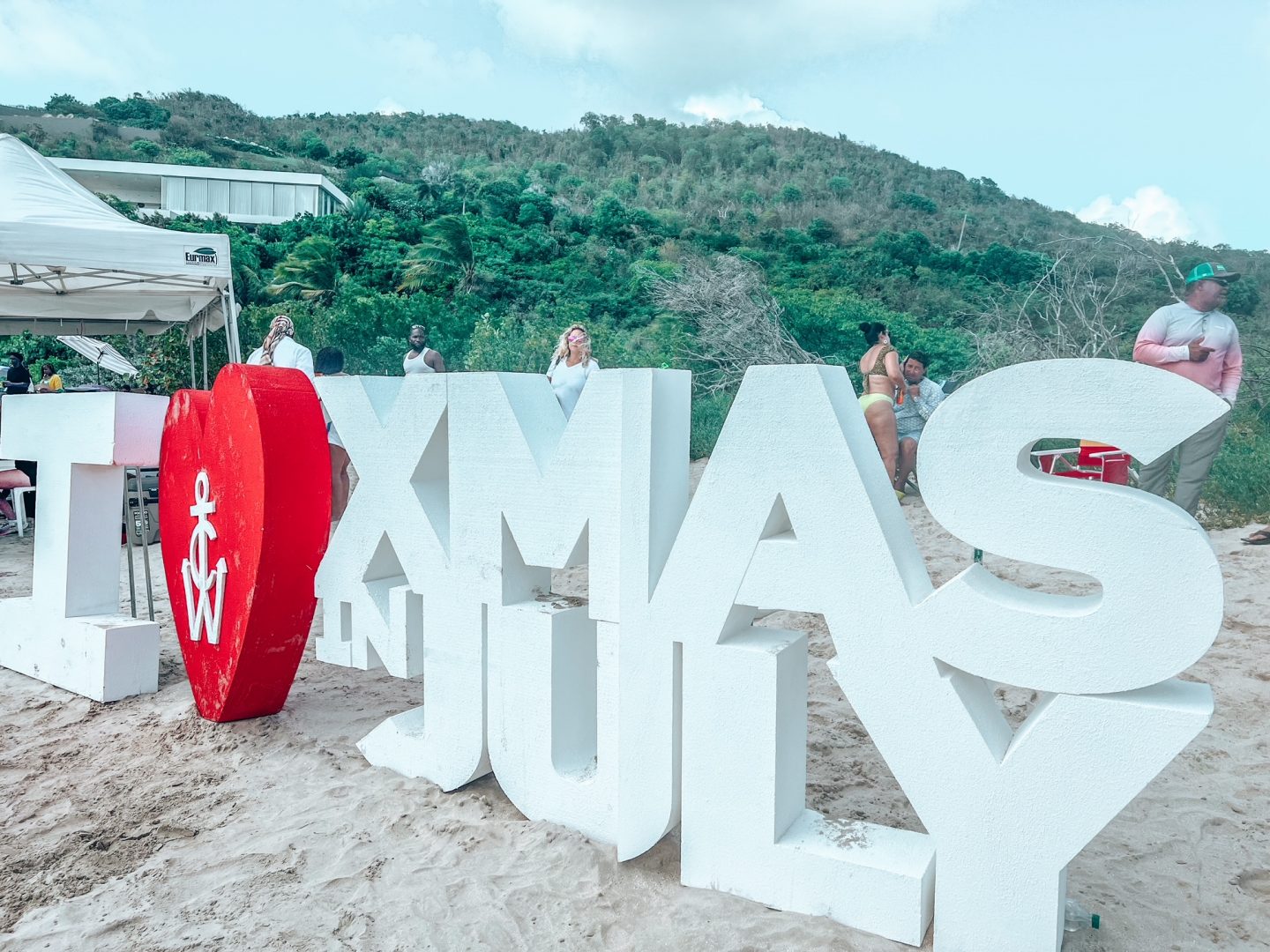 For decades Puerto Rican families come down to the Virgin Islands in their boats at the end of the low season – bringing a much-needed economic boost at the slowest time of year. Hotels, resorts and restaurants fill up, and the parties start. This culminates with the main ‘Xmas in July’ event at Pond Bay. The event has been running in its current location for over 10-years – previously, Xmas in July parties had been at Leverick Bay or Prickly Pear but has found the most successful venue in Pond Bay. With plenty of space to safely host the huge flotilla of Puerto Rican boats. The event is free to attend, and the acts this year featured Too Smooth, Final Faze, Cuenta Regresiva and DJ Carlos Cobián. 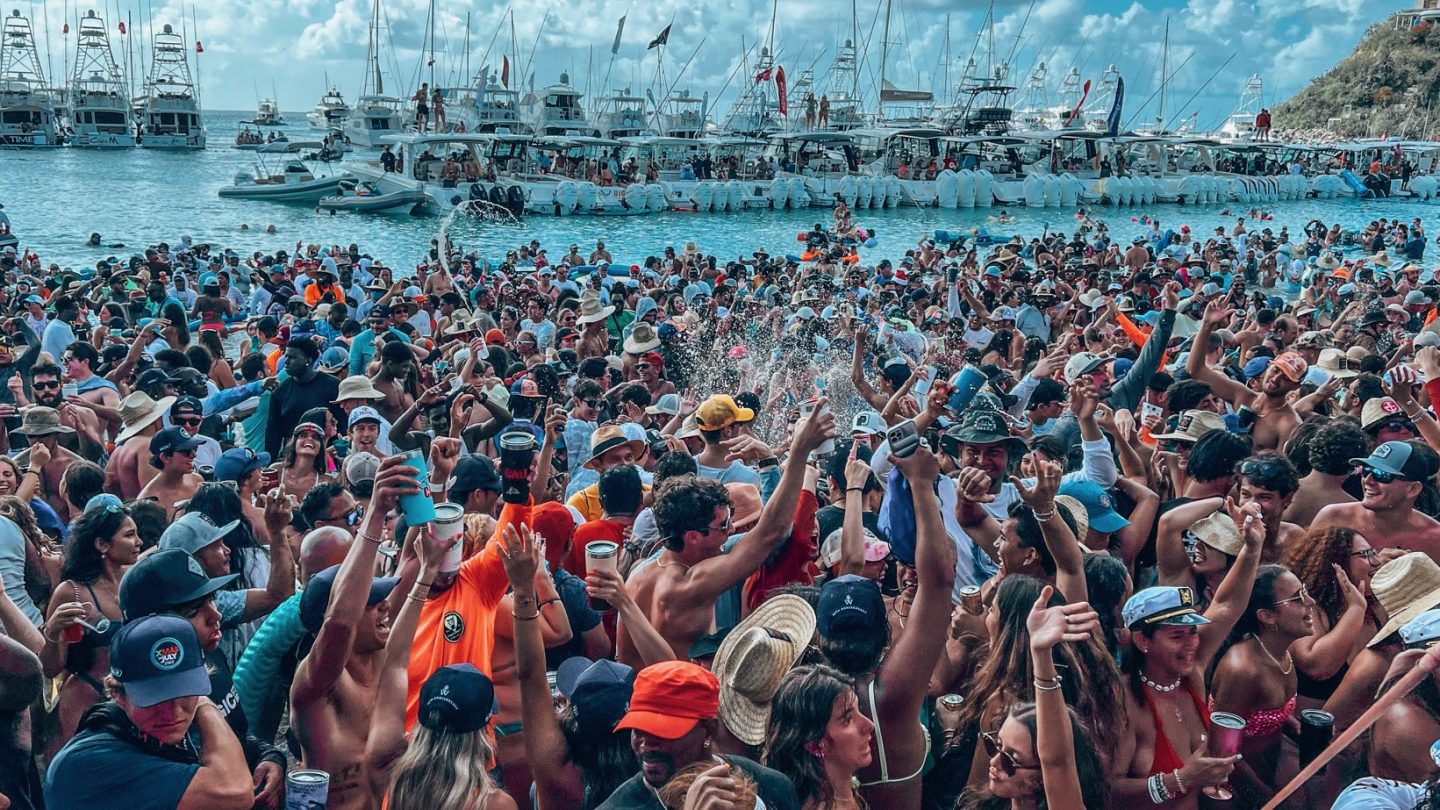 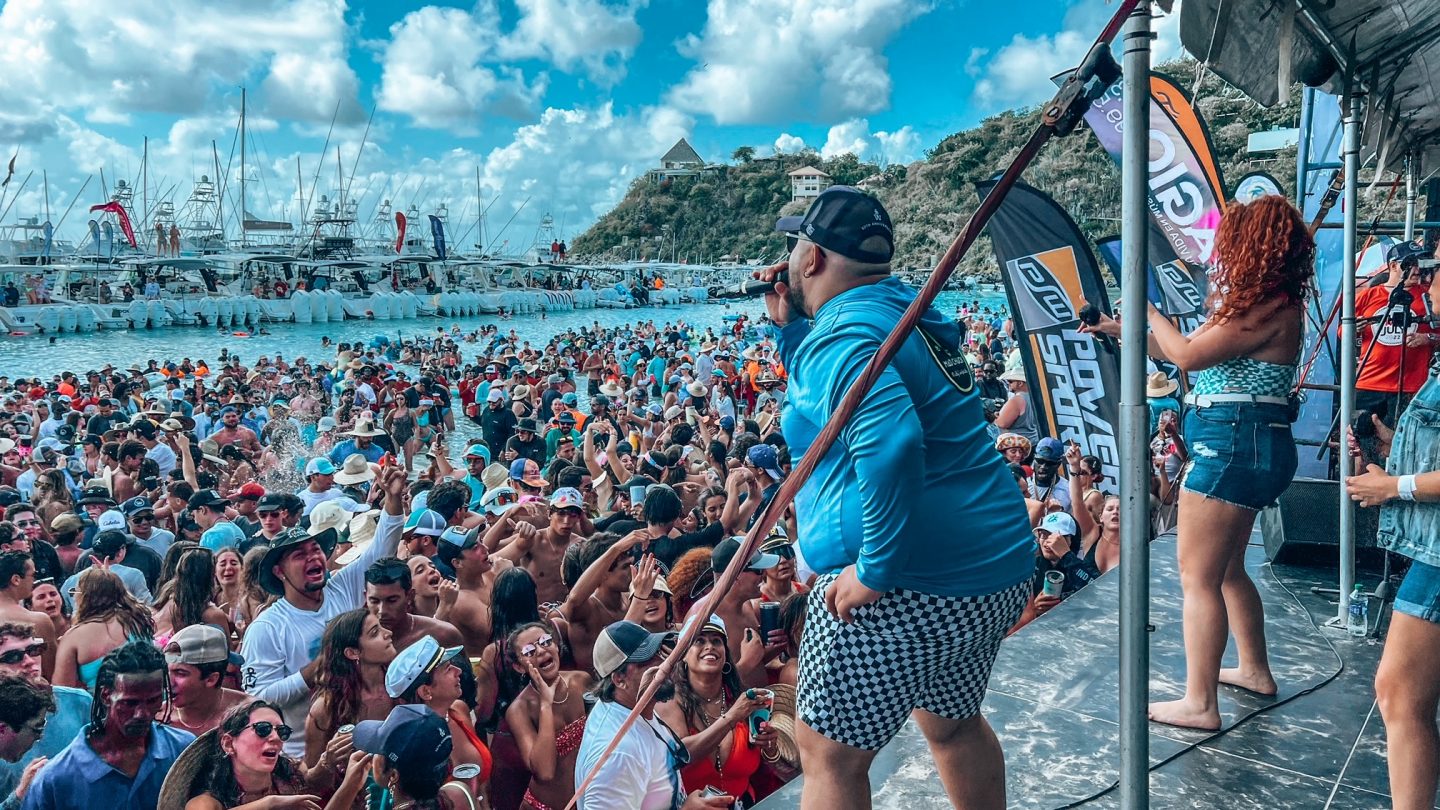 Next to the main stage is a host of drinks tents – each sponsored by a drinks company and serving different beverages. Local restaurants sell food to take out, and the party stretches the length of the sand – spilling into the water.

The organisers take full responsibility for the clean-up, and the beach is once-again spotless the following day. 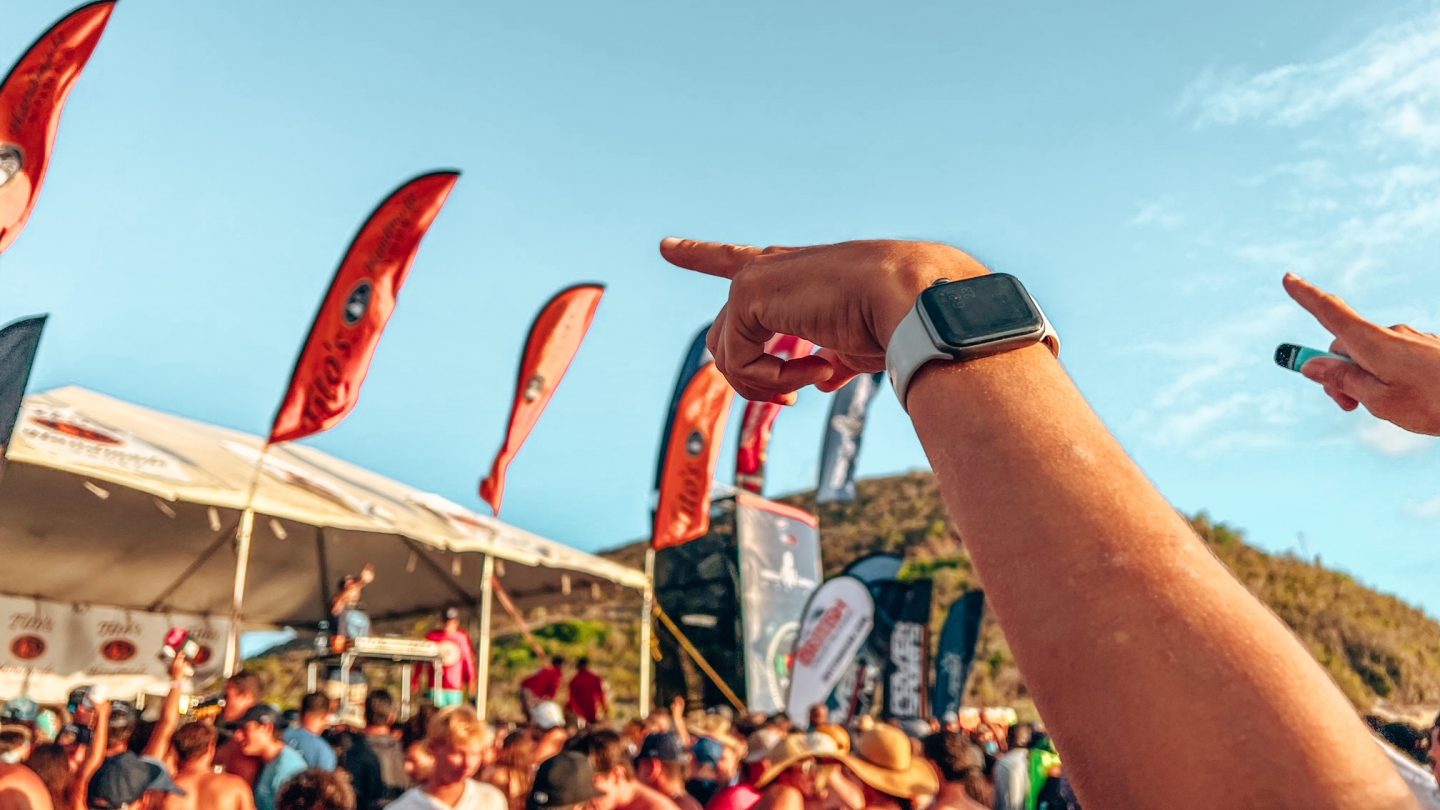 What do you think? Had you heard of Xmas in July? And would you come to the BVI for it?