In case you weren’t already aware (and, if not, where the blimming hell have you been), Saba Rock Resort re-opened this season to great excitement – and this blogger was fortunate enough to be invited along!

It has been four years since Hurricane Irma ripped through the Virgin Islands. During that time, we have patiently been waiting for the return of several pillars of BVI tourism, including the rebuild of beloved North Sound properties, like Saba Rock Resort.

But it was well worth the wait!

Tastefully redesigned, beautifully rebuilt, including charming nods to the resort’s heritage but with a modern twist, Saba Rock Resort is back and better than ever.

A little background for those that are new here – maybe this will be your first trip to the BVI? Perhaps you, too, have been waiting (post-Irma) for an update. Saba Rock was initially opened in the 1970s by the inimitable Bert Kilbride. Welcoming passing sailors to his private island residence, he started serving drinks at his bohemian-style bar, The Pirates’ Pub and it soon became a must-stop on many sailing itineraries. Over the years, Saba Rock Resort (as it later became) was developed to become the hotel and restaurant that many knew and loved prior to its destruction in 2017.

Now, after a lengthy reconstruction and redesign, the restaurant is open. The rooms are available to book, and they are anticipating a busy season as flocks of Saba Rock fans return to see the progress. 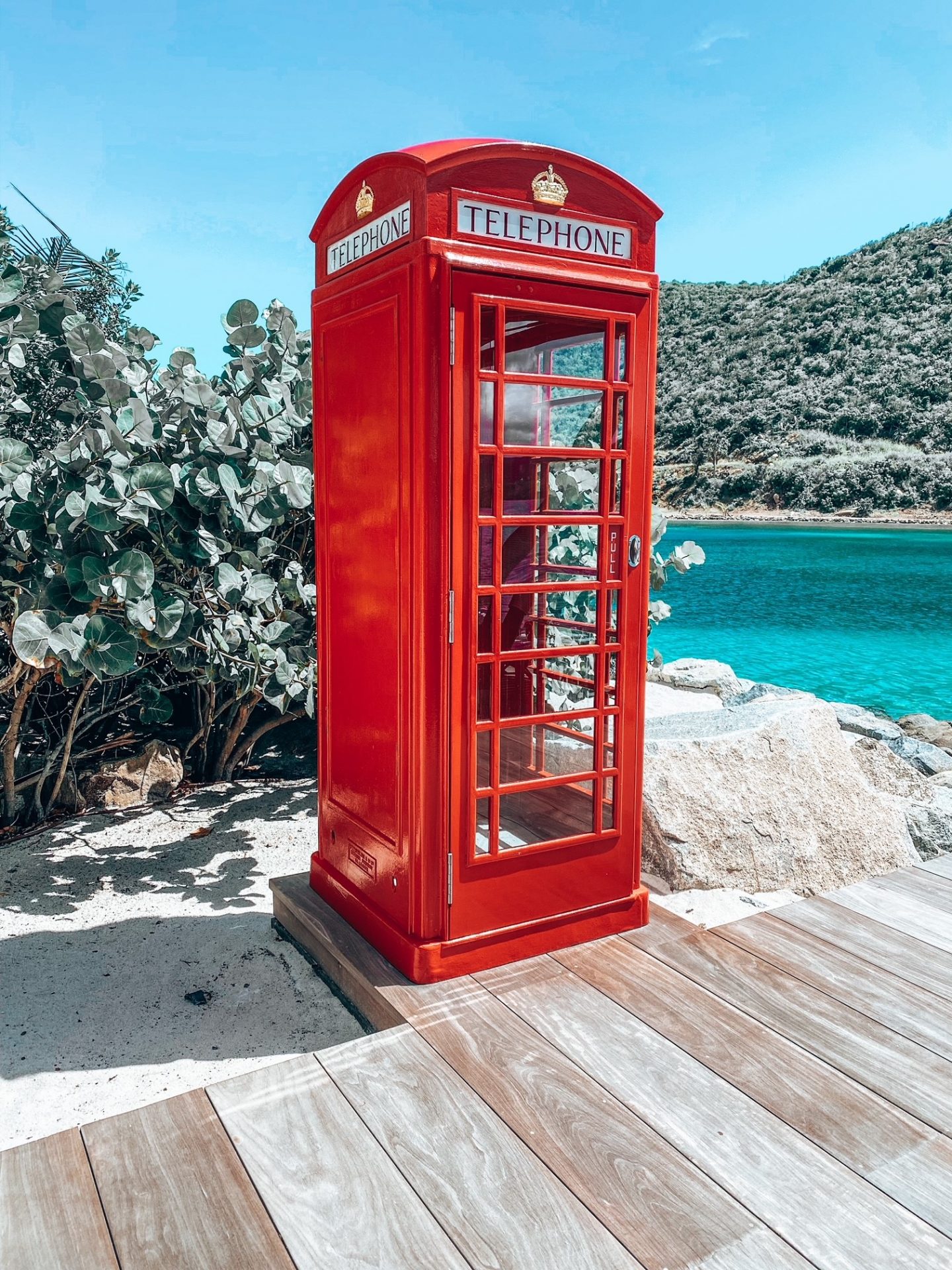 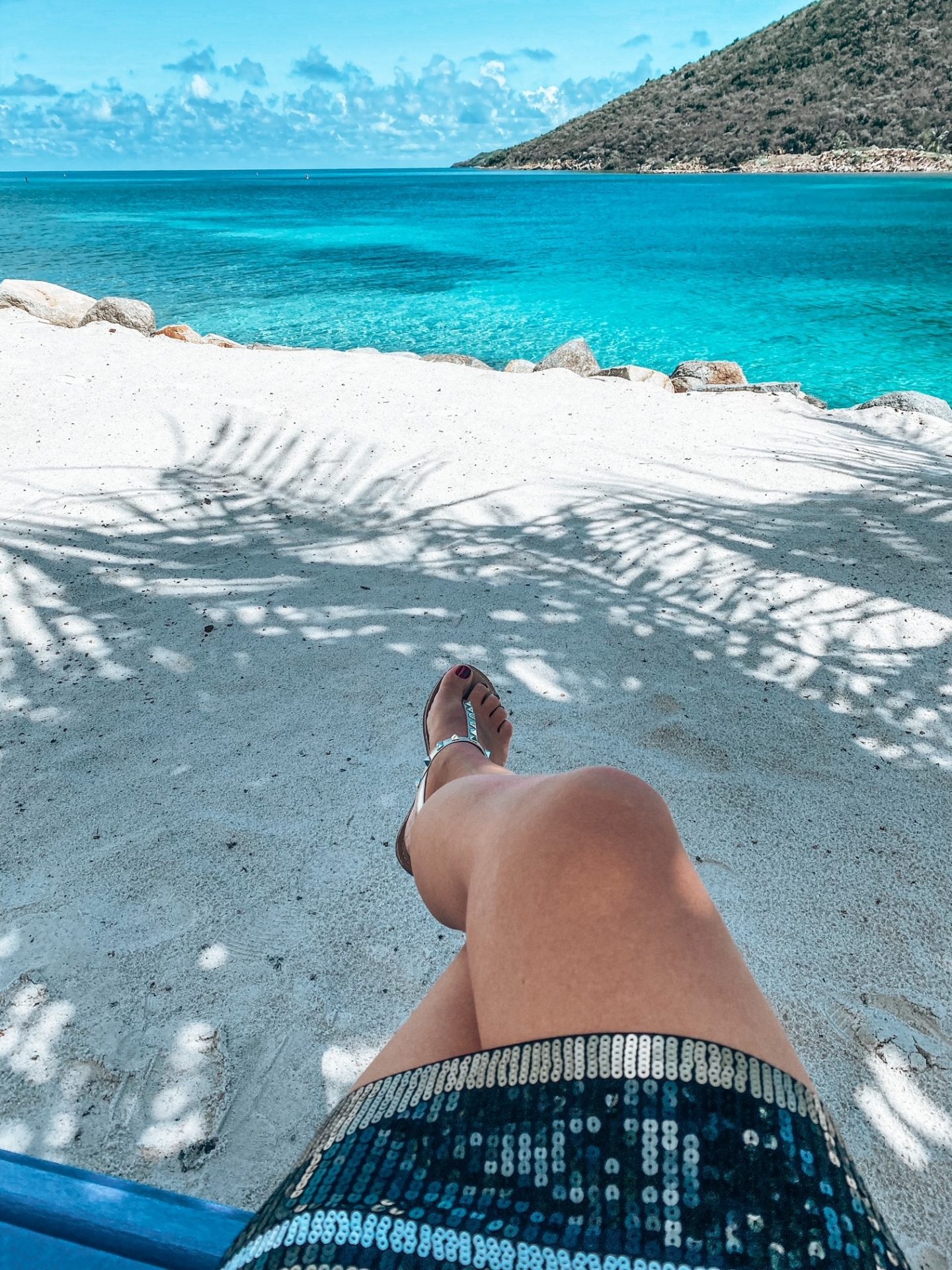 And I was one of those eager Saba Rock fans – returning to Saba Rock Resort for their Grand Opening Party on October 15th and then sneaking back every chance I get. Getting into the room tour, enjoying the canapes and finding the phone boxes (there are two!) We then returned for lunch on Sunday – to test out the lunch service and get a look at the new menu over a bottle of Whispering Angel. I tried the ceviche to start – which was wonderfully light and fresh, followed by an excellent Tuna Nicoise salad (watch out for the olive pits). 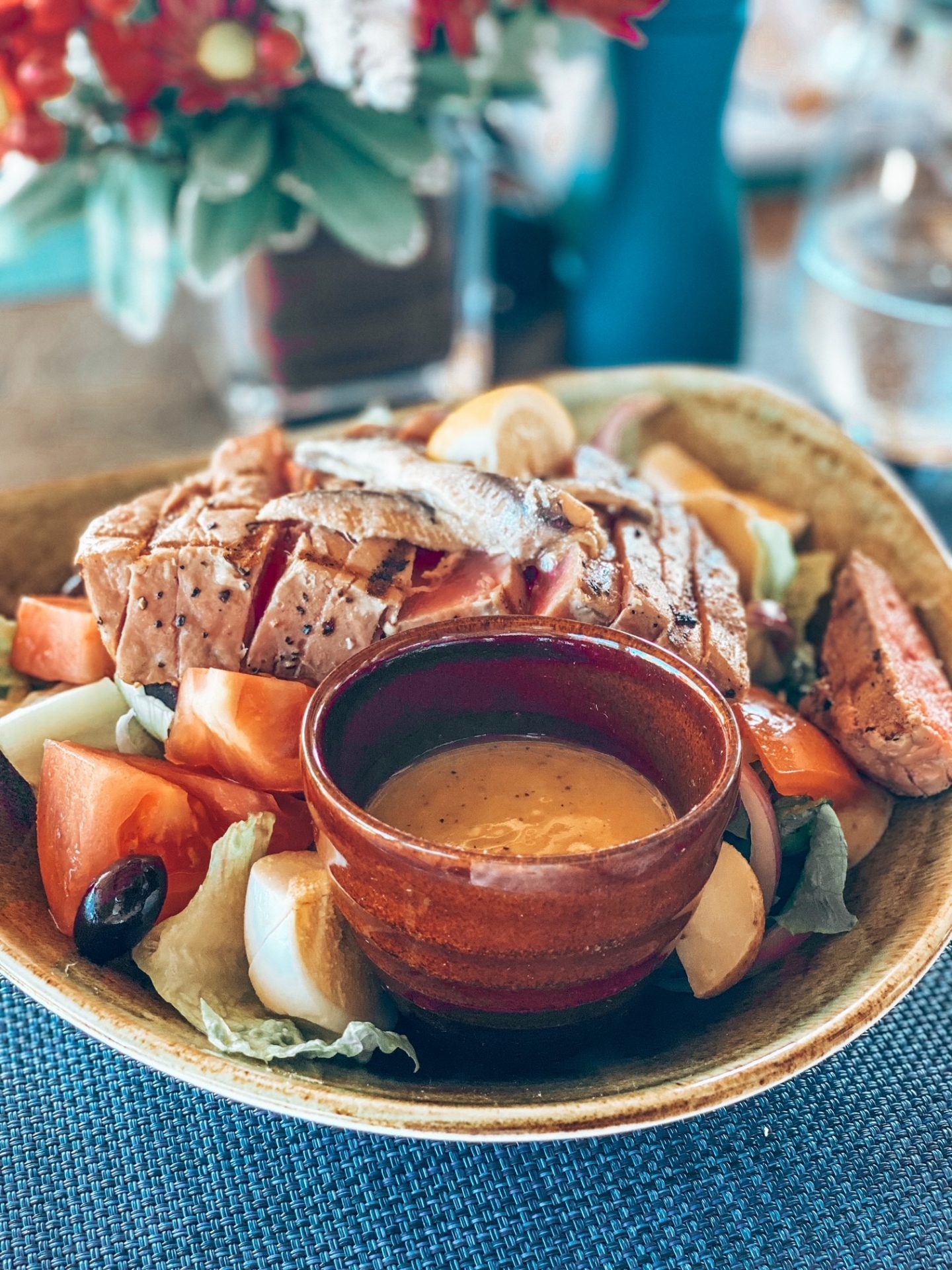 The addition of the upstairs bar and lounge area is probably my favourite feature of this version of Saba Rock Resort. Eclectic seating arrangements, a pool table, swings at the bar, stunning views of the surrounding islands and impressive sunset vistas. 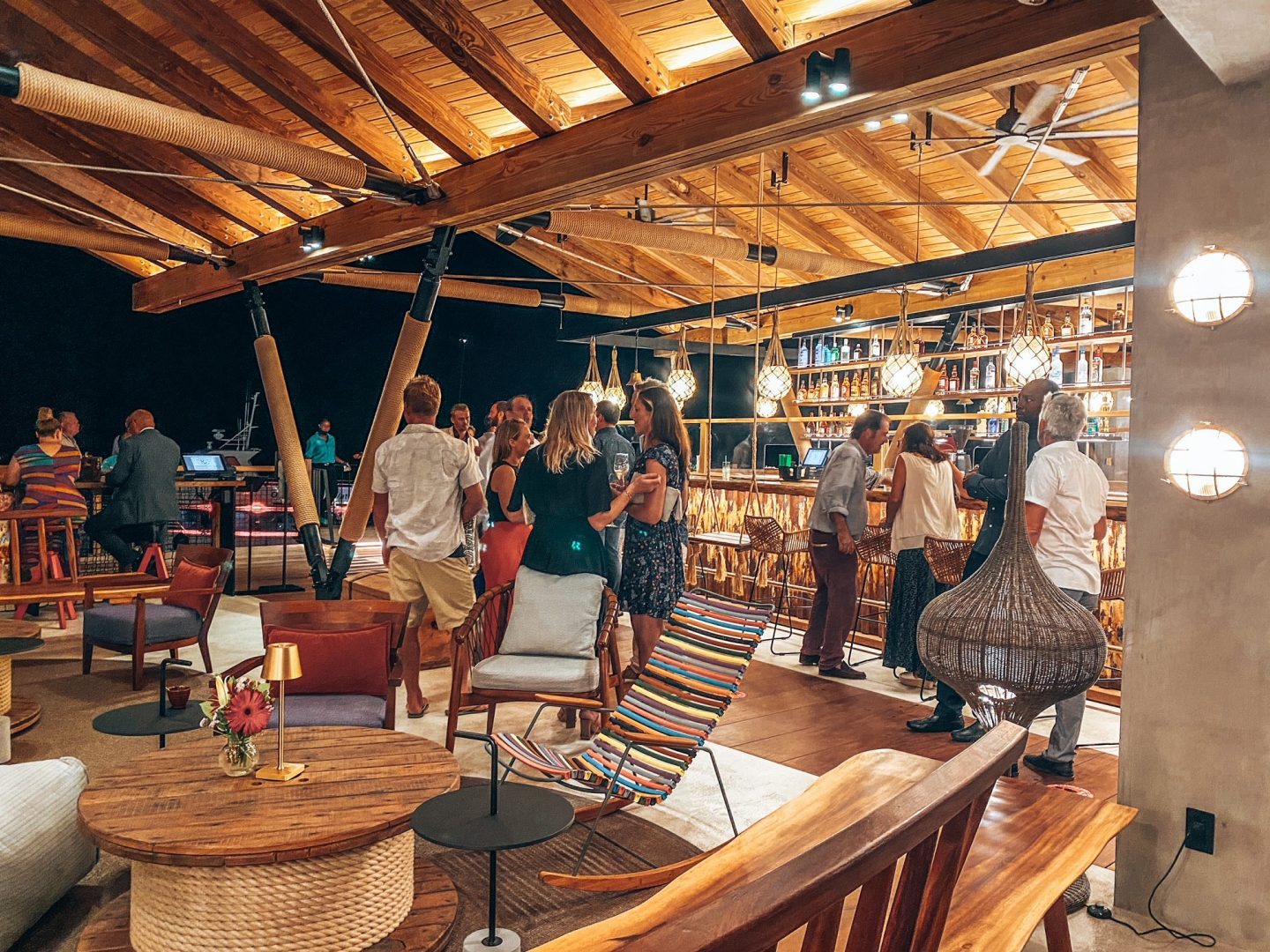 The new rooms and suites are large and refreshingly different from anything else in the BVI currently. Polished concrete, exposed metal and wall features made from watersports equipment, juxtaposed with rich velvets and a bright photo wall, showing the history of the resort and the BVI. I’ve not yet stayed, but more on the rooms at a later date… 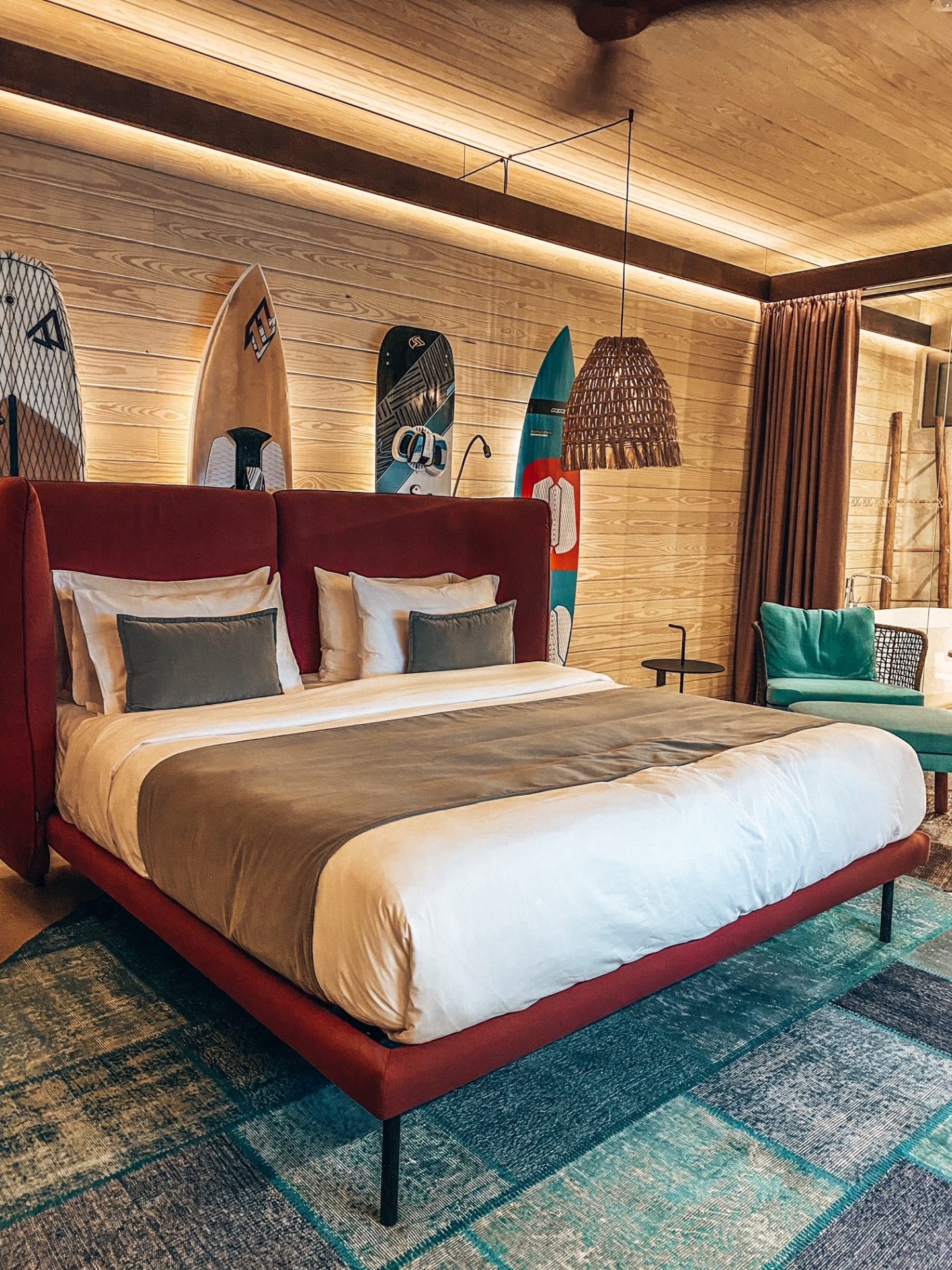 Be sure to make a restaurant reservation to avoid disappointment – tables are booking up fast! Bookings are available on their OpenTable page here.

Any questions – let me know in the comments below!

Are you a loyal Saba Rock visitor of old, or planning to go for the first time this season?

“My friends, it is quite likely that after your first visit, you will become bohemian Sabarockans, incurably dependent on the charm of the island. Every attempt to leave ends in the desire to return as soon as possible”

See more about the resort and make your room reservations through their website here.