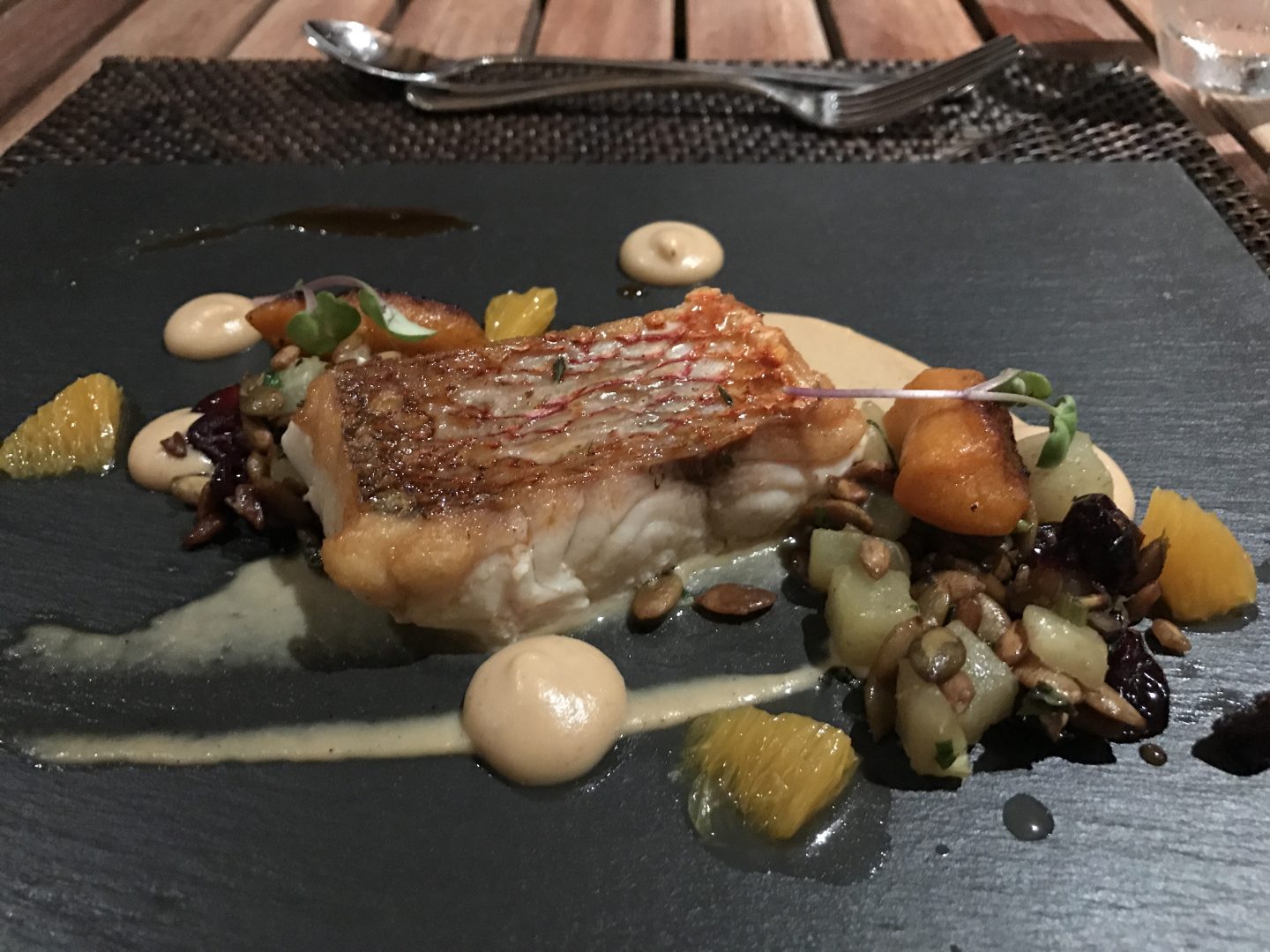 As you might have already gathered, this blogger is very partial to a good meal, especially one that I haven’t had to prepare myself. I love sampling foods by different chefs, different cuisines and different experiences. I’ve never met a tasting menu I didn’t enjoy!

Even better than that, there’s nothing I love more than a meal for a good cause and that – my friends – is what happened last week.

A small group us gathered on Moskito Island to raise money for the British Virgin Islands Culinary Team. Foodies and supporters got together for a fundraiser in aid of getting the team to Miami to compete against other Caribbean islands in the Taste of the Caribbean Competition and providing a much needed opportunity for new Caribbean chefs to compete and network with each other. A key moment to showcase BVI culinary talent.

As well as raising money for the travel costs it was also a great trial run for chef, Caswall Ponte, to practice some of his dishes ahead of the competition and show us some of the culinary tricks up his sleeve, naturally I was keen to get involved! 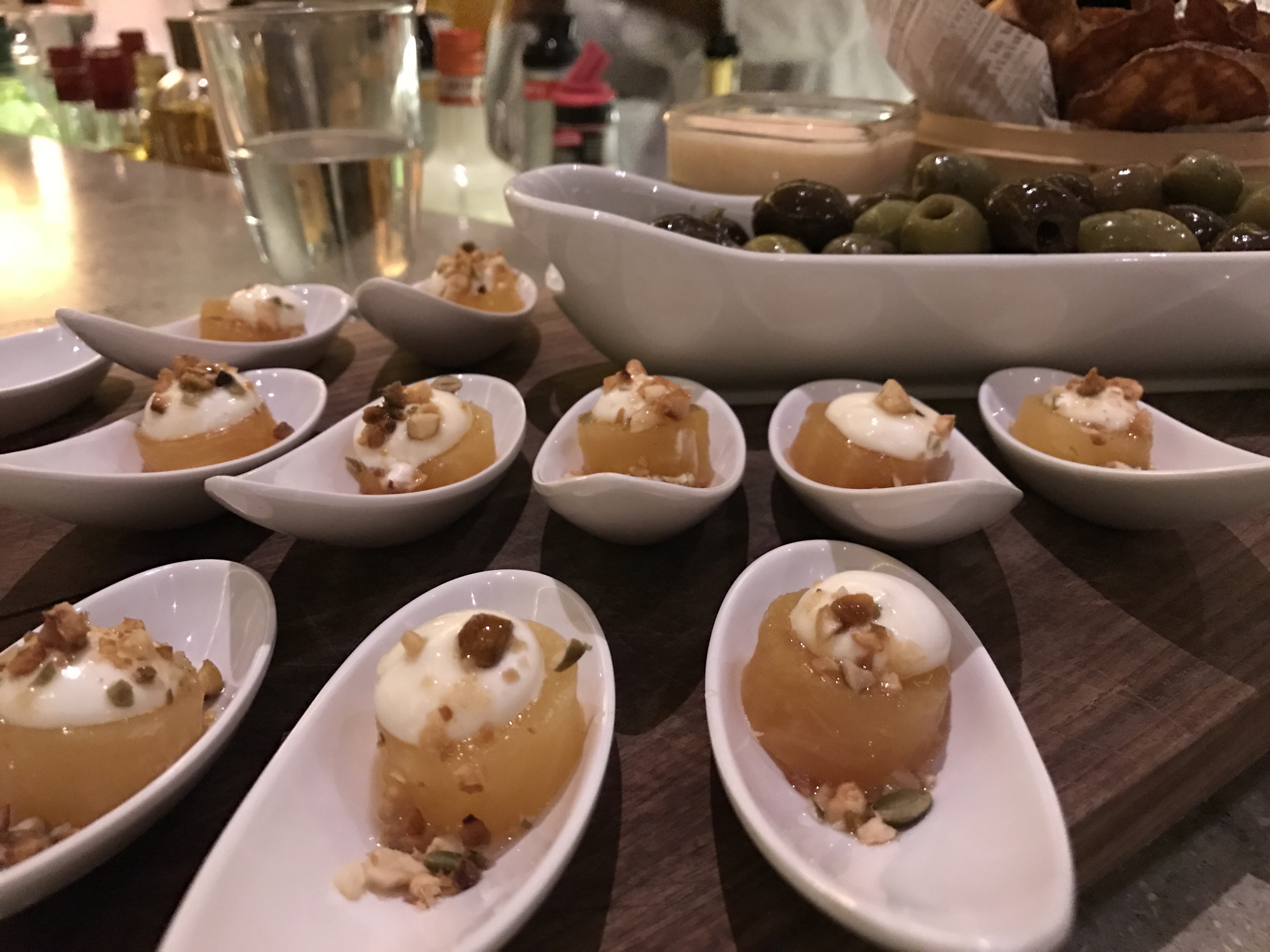 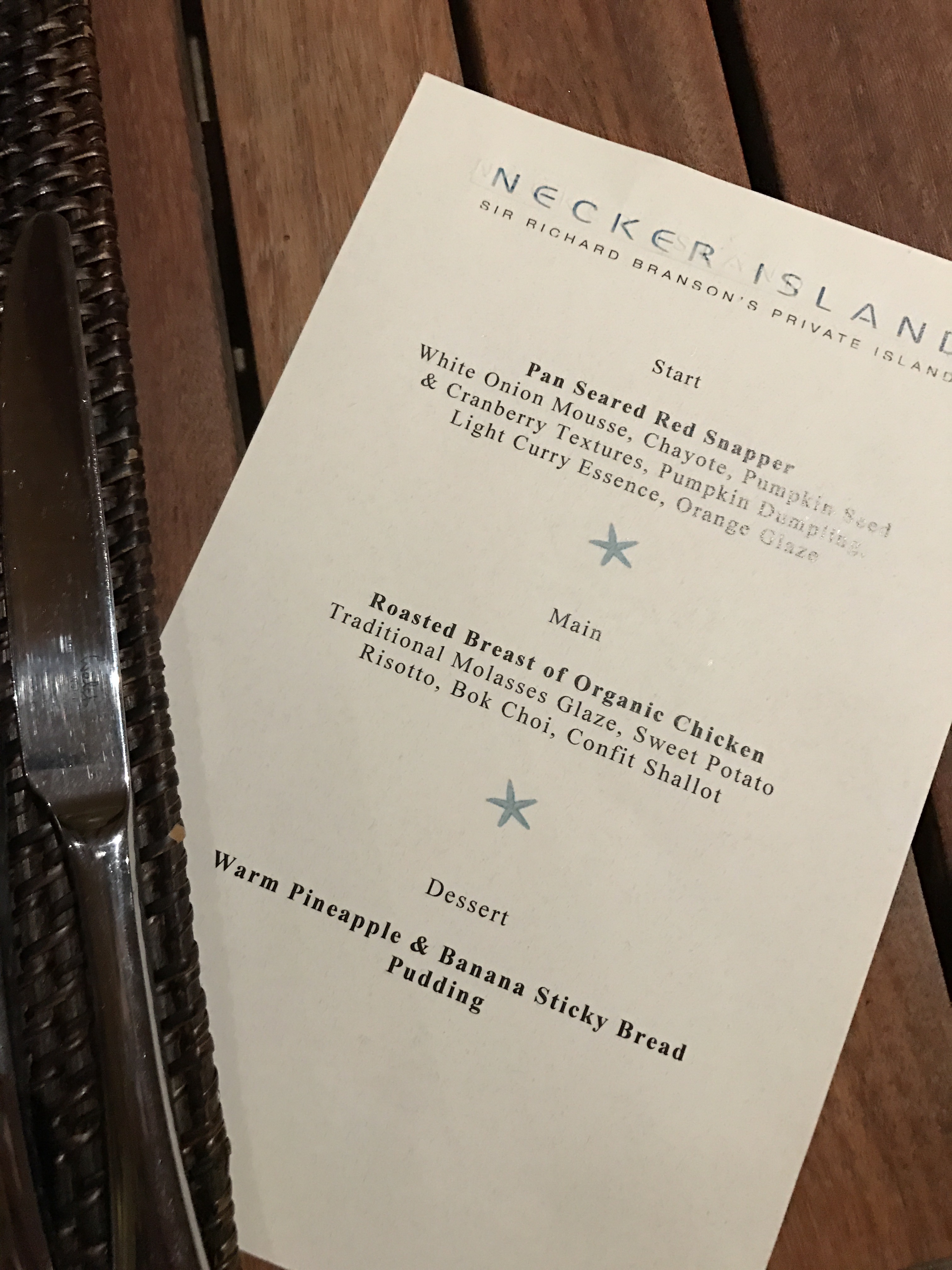 Beautifully cooked red snapper with the selection of textures provided by the accompaniments.

Originally from St. Kitts and Nevis – Chef Ponte moved to the British Virgin Islands in the early 80s, finding employment at Rosewood Little Dix Bay resort. Though not initially working in the kitchens, he soon began assisting the chefs and with that his love for the culinary arts grew – eventually prompting him to do further culinary training in the United States as his passion for the craft ignited. During his nearly three decades at Rosewood Little Dix Chef Ponte held numerous positions in the kitchen, and has been competing as part of the BVI Culinary Team since 1997. For the last year he has made his home in the kitchens at the exclusive Necker Island Resort. 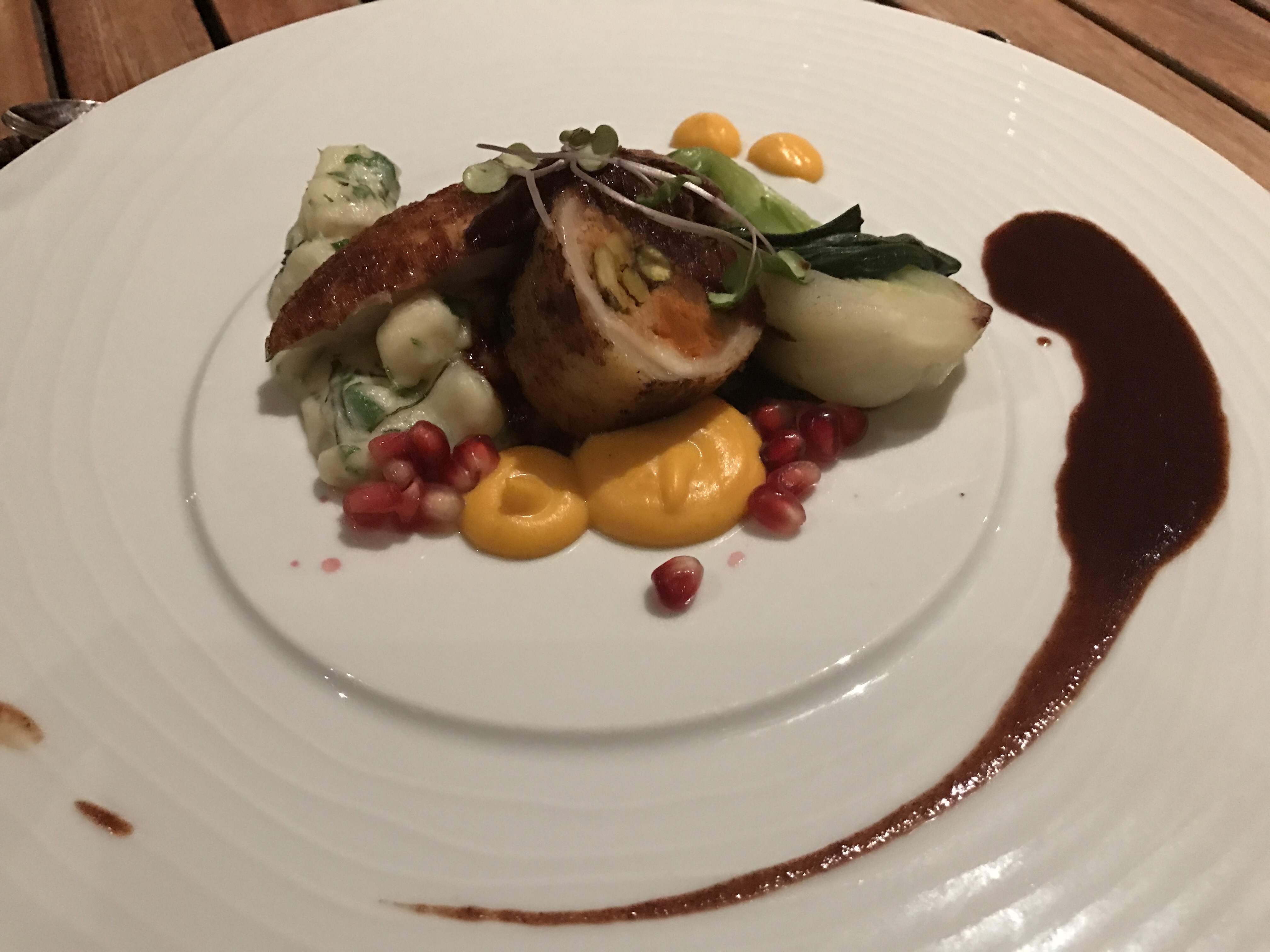 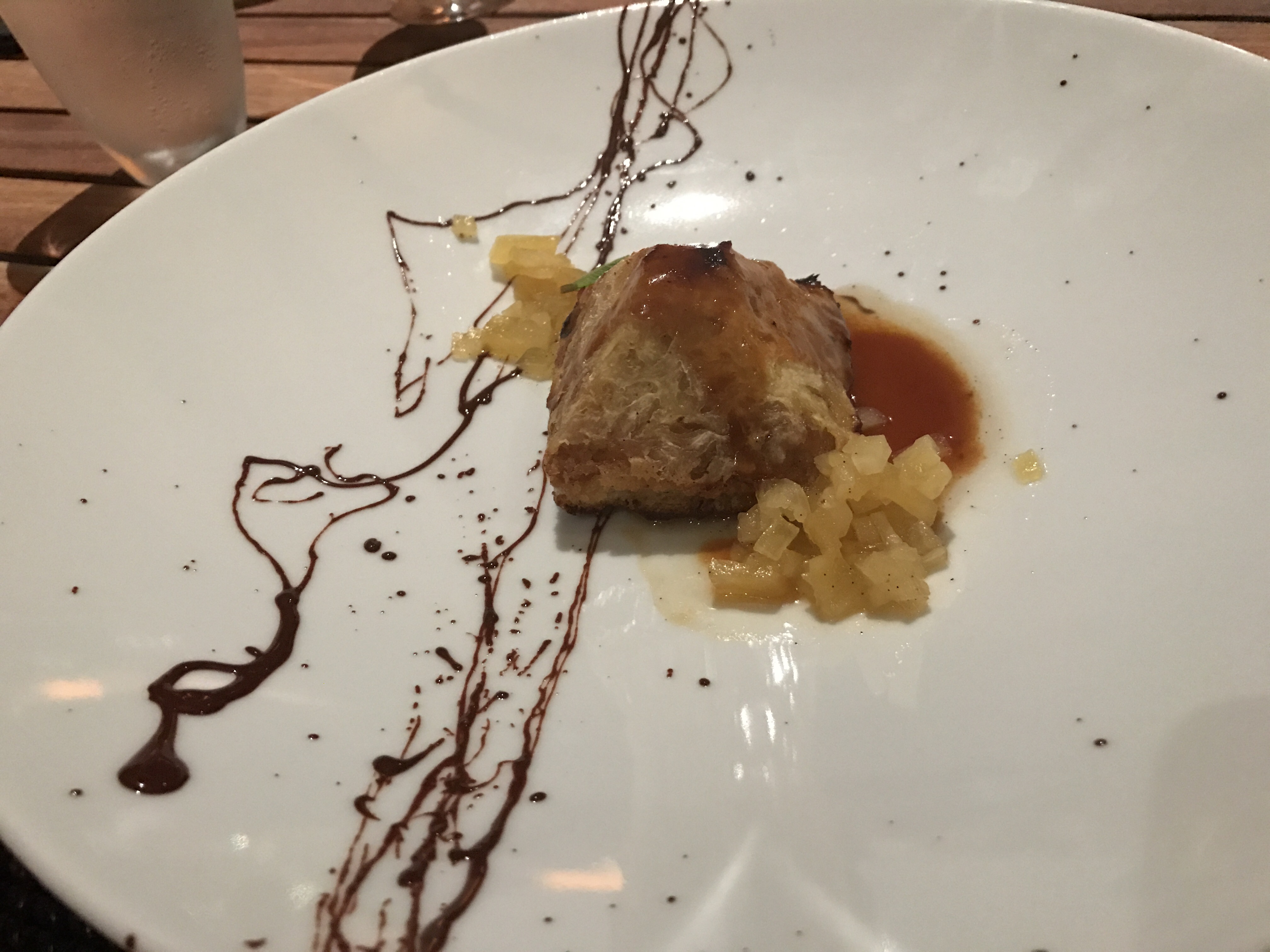 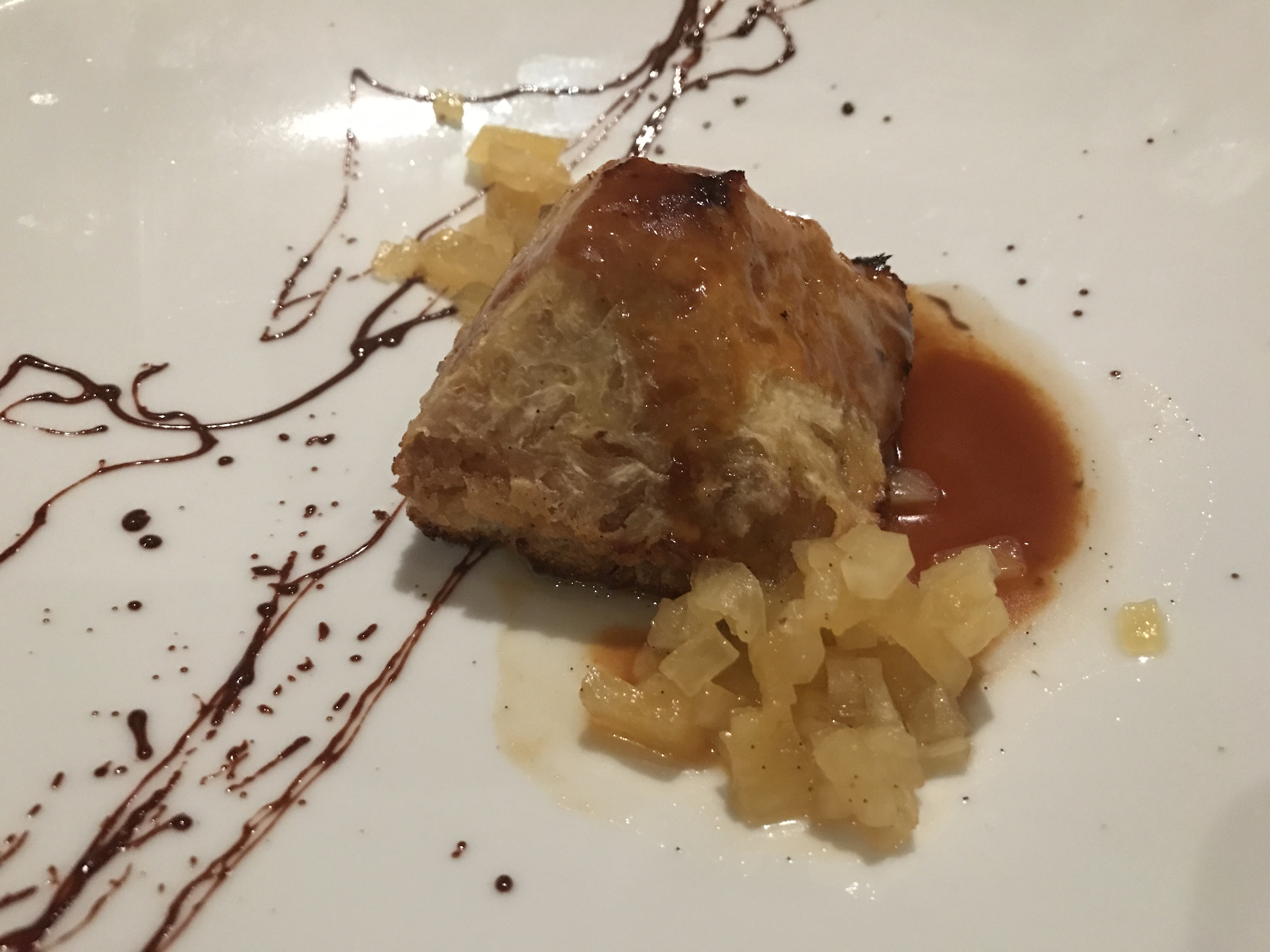 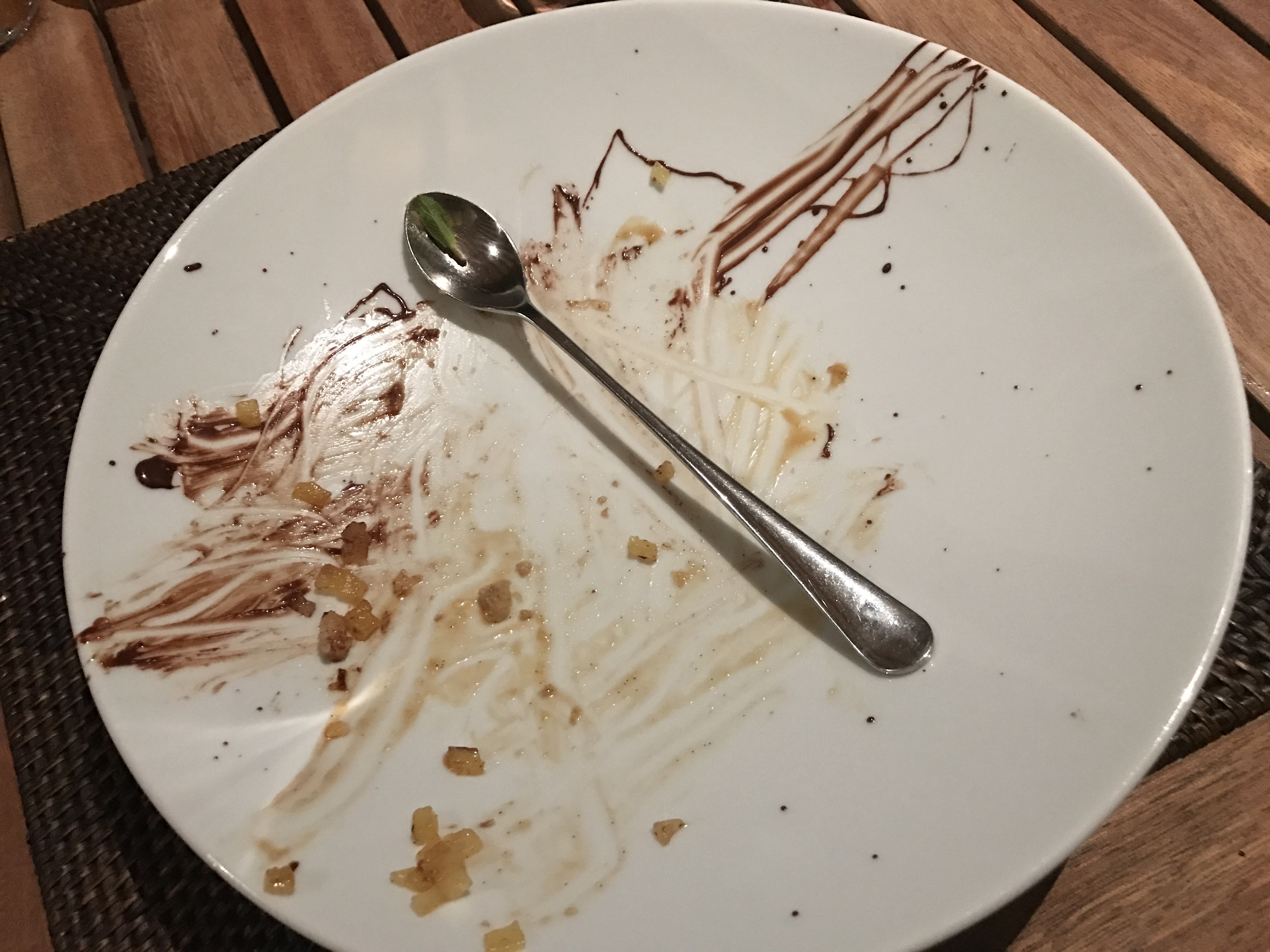 Warm pineapple and banana cake – demolished – so, so, so good!

I am so excited to hear more about how Chef Ponte and the rest of the BVI Culinary Team get on in Miami at the Taste of the Caribbean Competition – and wish them the best of luck as they travel up today. Donations or sponsorship for the BVI Culinary Team can be made through the BVI Chamber of Commerce & Hotel’s Association – info@bviccha.org